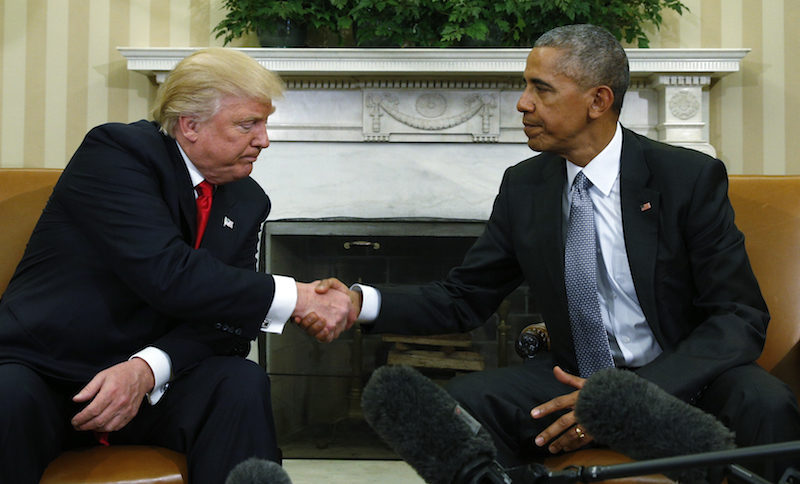 At the very least, the Great Interregnum of 2016 has added yet one more slice of evidence to support the existence of the unprecedented polarization in current day America. The interregnum is the Latin word denoting ‘between reigns’. In today’s political environment, it represents the perilous time between Election Day and Inauguration Day.

Even the two men at the pinnacle of American power-in-transition are akin to the Hatfields and the McCoys and their uncertain grudges against one another. One presidency, the current ACTUAL president, has continued to issue executive orders, execute foreign policy directives, grant clemency to large numbers of convicted criminals, claim federal privilege over millions of acres of land, and slap the hands of world leaders, both allies and enemies.

The other presidency, the presidency-in-waiting if you will, and the ACTUAL president-elect, refuses to wait his turn, and has issued his own twitter-based edicts and assessments of both domestic AND foreign policy. Despite his uncharacteristic deference to the current president with the use of his words, he truly feels as though he is being undermined and even hand-cuffed by the actions taken by the POTUS. He may be right.

Even more bizarre is the interjection of a THIRD presidency, that of the leader of Russia, into the politics as usual in America and has had the effect of making the interregnum reminiscent of the WWF tag-team events when two wrestlers gang up on one of the opposition whose team mate is flat on his back in the ring. I might be tempted to assign that fallen team mate as the president of Israel, however he seems to be as anxious to see the peaceful transition of power in America happen as both the president of Russia and the president-elect do.

What can be said of all this thrashing and bashing? Perhaps it is not so unpresidented (sorry, unprecedented) in the history of the United States as it may seem. Certainly it provides for interesting times, although that old Chinese curse of  ‘May you live in interesting times’ is a bit unsettling to contemplate. After all, yet ANOTHER president of a large and powerful country, China, seems bound and determined to challenge the reigning WWF contenders for Champion of The World!